The peace of music

"Here we are," Dad said as he parked in front of the drab hospital. I couldn't help feeling a little nervous. The man we were about to visit was dying of emphysema, and I wasn't sure what to expect.

As I followed Mom and Dad through the dark reception office and into an elevator, I prayed that we could be of some help to Joe.

"Why are you so nervous?" Skye whispered. I glanced up at her uncomfortably. Even though she was my younger sister, she was taller than me by two inches.

"I-I'm just not sure what we should do or say," I replied slowly. "What if I blurt out something unpleasant, or stumble over something or-"

"Oh, Brooke," Skye laughed. "You know you won't do that! Just be yourself and don't be so uptight."

The elevator door opened and we filed out into a busy hallway. Dad led us to one of the doors and knocked softly.

Paula, a sweet, slim woman, opened the door a crack. After peering out for a second, she recognized us and flashed a relieved smile. 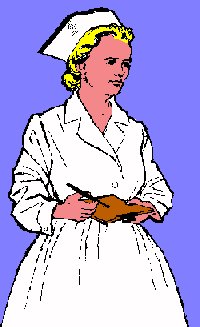 "I thought you were another nurse," she explained as she drew us into the darkened room. "They won't leave Joe alone. Just as he drifts off to sleep, they come rushing in with another test. He's getting very annoyed. I'm glad you came. We don't know how much longer he has to live."

I blinked repeatedly, trying to adjust my eyes to the darkness. I could just make out the outline of Joe sleeping on the bed. As we stood talking, Joe opened his eyes and saw us.

"Oh!" he exclaimed. "You came to see me, and brought your family, too. Oh, Pastor Paul, I hate for you to see me like this-" he wheezed and coughed as he tried to sit up.

Dad knelt by the bed and clasped Joe's hand. "It's good to see you, Joe," Dad said warmly.

"I feel so horrible," Joe coughed. "This is the worst my emphysema has ever been. I can't breathe no more." Dad spoke calmly and quoted scripture, but his voice was so low I couldn't make out what he was saying.

"Okay, Joe, time for your med-" She stopped short and stared at us.

"Are you all family?" she demanded, raising her eyebrows at us and frowning.

"We're all the family of God," Dad replied pleasantly.

After a brief hesitation she flicked a very bright light on and slammed the door. As she gave Joe his medicine, she began talking to him in a patronizing voice.

"Now Joe, remember to let your guests do the talking. Talking uses up oxygen, and you don't have any to spare."

There was an awkward silence after she left. I felt I should say something, but there was nothing to say.

"Paul," Joe turned to Dad again. "I want to tell you something. I'm not gonna die."

"That is in the Lord's hands," Dad replied softly.

"I'm not gonna die," Joe was even more emphatic, as though trying to convince himself of what he knew was untrue. "He can't take me yet, there's so much to do."

Tears spilled down Joe's face. It was heartbreaking to see him so upset. Dad tried to change the subject, but was unsuccessful.

"Let's sing," Mom whispered to me.

I cringed. Not that I don't like to sing. I love to sing and I sing everywhere I go.

But to burst out singing in that crowded hospital was a terrifying thought.

"I am so afraid," Joe was sobbing. "Every night I fight with the devil. I see his horrible face over my bed at night."

"What's a good song?" Mom urged. "How about Down by the Riverside? We know that one by heart."

"Everyone will hear us," I murmured.

"And another thing," Joe cried. "These nurses won't leave me alone! I just want some sleep. I'll never get well if they keep tormenting me like this."

"May we sing you a song?" Mom interrupted. There was a pause. Then Joe nodded. "Yes, please do," he sighed.

Dad joined in with his rich baritone voice. I didn't look at anybody. I tried to forget that I was in a hospital, that dozens off people were on the other side of the door.

"Gonna meet with the Prince of Peace- down by the riverside," Dad began to harmonize and Skye joined in.

At last I dared glance at Joe. He was laying back in the pillows, his eyes tightly shut and tears streaming down his cheeks. Not tears of fear and dread, as before, but tears of joy. 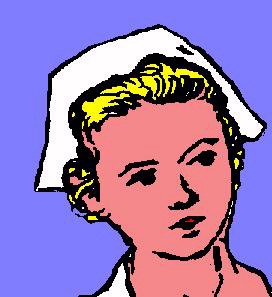 There is something about music that makes life seem so much brighter. In that plain, sterile hospital room, it was easy to be depressed. But as our voices filled the room, it seemed as though a dark shadow lifted away. Slowly I forgot my embarrassment. We sung for an hour with all our hearts. Even Paula, who had been sitting quietly in the corner, joined in with all her heart.

When we had sung nearly every song we knew by heart, Dad rose to leave. Joe was drifting off to sleep, and our voices were tired. As we headed for the door, Joe opened his eyes.

Outside in the hallway we saw the nurse who had been so grumpy earlier. She made a point of coming over to us and commenting on the music. Her tense face had relaxed, her voice was gentle and sincere.

"The music was beautiful," she said softly. "Thank you for visiting Joe."

She actually managed a smile as she turned to leave. Joe was not the only person who found peace that day.